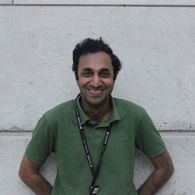 Praveen Anand, Ph.D. - Postdoctoral Fellow
Praveen obtained his PhD from the Indian Institute of Science, Bangalore. He worked on developing tools for large-scale computational analysis of protein-ligand interactions during his PhD. He subsequently ventured into analysis of RNA-protein interactions using HT-Seq technology at National Center for Biological Sciences (Das Lab, inStem), Bangalore. He secured a B4 fellowship through which he continued to collaboratively work on developing neural network based approaches to identify RNA-binding motifs in Eddy lab at Harvard University. He currently works on developing computational tools and pipeline for analysis of high-throughput datasets on circulating tumor cells (CTCs). He usually spends most of his time playing rapid chess when not in lab. 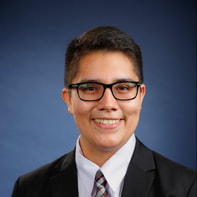 Josue Canales, B.S. - Research Technician
Josue has graduated from Bard college with an A.A. in the Liberal Arts in 2015 and from Worcester Polytechnic Institute (WPI) with a B.S. in Chemical Engineering while on the Pre-Med track and with an Environmental Concentration in 2019. He has conducted previous research at the University of Pittsburgh Medical Center - Simmons Center for Interstitial Lung Disease - Kass Lab, in which he focused on exploratory efforts to better understand the cell signaling relationships between CXCL6 and TGF-Beta within idiopathic pulmonary fibrosis (IPF) lung cells in an attempt to discover the etiology of IPF. Josue is an aspiring physician-scientist and therefore plans on attending medical school in the future. On his free time, Josue enjoys listening to music, stepping, watching movies, and (of course) studying for the MCAT. 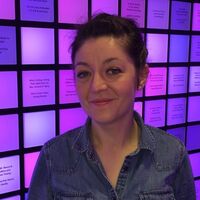 Valeriya Dimitrova, Ph.D. - Postdoctoral Fellow
Valeriya obtained her PhD from the University of Bern in Switzerland where she was investigating the oncogenic network of c-Myc in pediatric Medulloblastoma. She focuses on understanding and overcoming the epigenetic mechanisms of drug resistance in T‐cell acute lymphoblastic leukemia. When she is not pipetting or pubmeding, she can often be found in the movie theater or exploring beautiful Boston. 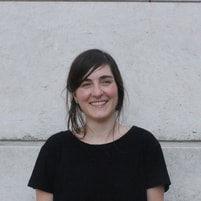 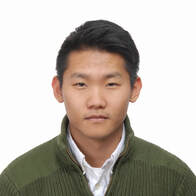 Nam Gyu Im - Visiting Medical Fellow
Nam Gyu is a medical student at the University of Cologne, Germany and a scholar of the German Academic Scholarship Foundation. He is interested in studying mechanisms of resistance in acute lymphoblastic leukemia and gained clinical experience during electives at the Pediatric Oncology Department of the University Hospital Cologne - he aspires to be a physician scientist in the future. In his spare time, he enjoys listening to podcasts, exercising and exploring Boston 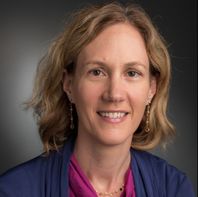 Birgit Knoechel, M.D., Ph.D. - Principal Investigator
Birgit is Assistant Professor of Pediatrics at Harvard Medical School, a Pediatric Oncologist at Dana-Farber / Boston Children's Cancer Care Program, and an Associate Member at the Broad Institute of MIT and Harvard. Her research focuses on understanding epigenetic dependencies in pediatric tumors and exploiting them for targeted therapies. As a physician-scientist and pediatric oncologist, she has a specific interest in translating basic science results into the clinical setting.
Birgit obtained her M.D. and Ph.D. degree from Albert-Ludwigs-Universitaet in Freiburg, Germany. She was a research fellow with Dr. Abul Abbas at UCSF and completed a residency in Pediatrics at UCSF before moving to Boston and completing a Pediatric Hematology/Oncology fellowship at Dana-Farber / Boston Children's Hospital.​ 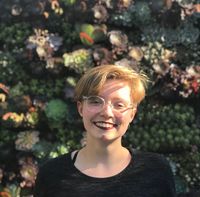 Anna Rogers, B.A. - Research Technician (2017-2019)
Anna received a bachelor's in biology from Smith College in 2017. At Smith, she studied nuclear architecture and epigenetically driven genome rearrangements in ciliates. Here, Anna works on mechanisms of resistance in leukemia. She is specifically interested in epigenetics and genome organization and plans to pursue a PhD in genetics. When not in the lab, she enjoys rock climbing, bicycling, playing board games, and learning the guitar. She is currently pursuing a Ph.D. in Genetics and Genomics at University of California, Berkeley.
​ 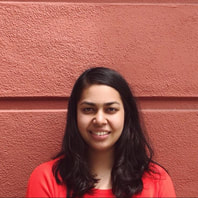 Sayalee Potdar, M.S. - Research Technician (2017-2019)
Sayalee has a B.S. in Pharmaceutical Sciences from the University of Pune, India and a M.S. in Pharmacology from Northeastern University, Boston. During her time at Northeastern, she focused on the cell dynamics and cytotoxic effects of Natural Killer cells against lymphoma cells using the microfluidics platform as an immunoassay. She is interested in the interplay of immunology, genomics and epigenetics to develop better therapeutic approaches in cancer. Outside of the lab, she enjoys music, traveling and photography, exercising, exploring the food in Boston, making terrible (great) puns and dreams about getting a dog. She is currently pursuing a Ph.D. in Cancer Biology at Emory University. 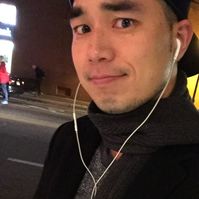 Huiyoung Yun, Ph.D. - Postdoctoral Fellow (2015-2018)
"Jimmy" has had previous education in Bioinformatics, Life-science and Cancer Biology, and earned his Ph.D. in Pharmacology studying deciphering the transcriptional regulatory mechanisms underlying anti-apoptotic signaling in castration resistant prostate cancer at University of Texas Health Science Center. His primary project in the lab is to elucidate epigenetic mechanisms of drug resistance in T-cell acute lymphoblastic leukemia. Outside the lab, he enjoys sports (tennis, basketball, soccer, or any ball games), music, and reading books with a drink.​ He currently works as a Senior Researcher at Macrogen. Inc in Seoul. 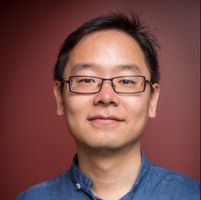 ​Guangwu used computational approaches to decode the epigenetic dependencies in leukemia. He is currently a Senior Bioinformatics Scientist at WuXi NextCODE in Boston. 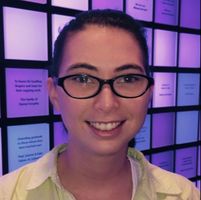 Randi Isenhart, B.A. - Research Technician (2015-2017)
Randi received a bachelor’s degree in Biology from Worcester Polytechnic Institute in 2015. In her free time, she enjoys cooking, reading, hiking, boxing, traveling, and exploring Boston. She is currently pursuing a PhD in gene regulation at University of Pennsylvania. 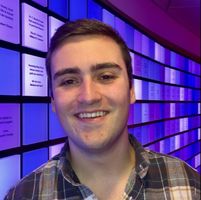 Jordan Voisine, B.A. - Research Technician (2015-2017)
Jordan Voisine graduated from Bowdoin College with a BA in Biology. At Bowdoin, he characterized the self-association of mRNA-binding protein, She3, in the pathogenic yeast, Candida albicans. He is interested in immune responses to disease and understanding the epigenetic mechanisms of drug resistance of T-ALL. In his free time he enjoys playing rugby, reading a good science fiction novel, and watching the Boston Bruins. ​Jordan is currently pursuing a PhD in immunology at the University of Chicago.